Back to all posts

'Caught In A Warzone' Out Now!

2016 will see the release of 'Caught in a Warzone' on CD and vinyl on the 'No Remorse Records' label. The CD will be available to buy February 19th, with the vinyl release coming later in the year in July! "Having received great reviews for the debut album (that now is considered among the classic post-NWOBHM releases) Millennium quickly set about writing and recording new songs. The demo songs for the second album were recorded over three different sessions during 1985 and the line-up was Mark Duffy (vocals), Mike Muskett (guitar), Pete McArdle (guitar), Dave Price (bass), Steve Mennell (drums) and Dave Hardy that replaced Pete McArdle on guitar on the last recording session. Unfortunately, Millennium didn't secure a record deal for another release and these recordings were locked in a closet for the last 30 years... until now." - No Remorse Records. 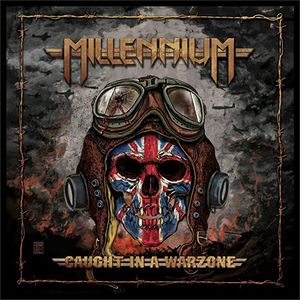